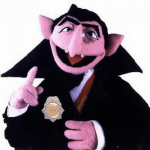 At times I come up with lots of 'what if?' moments and the few times it happens I may document them here. Other wise I only really edit on here when I have free time or am in the mood to do write history; but all I seem to do on here these days is just play map games, well I say map games but I only really play Principia Moderni. To be honest, this is mostly down to other activities which have taken my desire to write Alternative Histories, however ideas are often popping into my head still lol.

However being a Constable in the TSPTF, I do keep a watchful eye out for vandalism and check that everything is in order. as it is my sacred duty. As well as these duties, I also regularly (if not daily) play Principia Moderni; meaning I'm online most days albeit only for an hour or two. But I'm always sort of here if you people need me, just leave a comment on my talk page if you want something & I'll get back to you as soon as possible!

That said, if you want my help, opinion or just want to talk, leave me a message on my talk page and I'll reply ASAP. I am also looking for people who want to help me with my Early World War I timeline, so if it interests you then send me a message and I'll be sure to find you something with the timeline that you'll be able to help me with.

Oh and I've done all the E nations in my checking of nation pages for anything musical.

All that stuff above is the current stuff, here is the old stuff. My first alternative history VonGlusenburg!'s WW1 I got deleted because it really was awful. However here's a few other things I used to be involved in:

This is what I do now on the Wiki: EWWI. I also write blogs, TSPTF duties and stay active in the community but yeah I'm not a big contributor like I used to be. I'm mainly here for a bit of play to keep my mind from wondering when I do actual work. I mean 2015 I've barely been online but EWWI has popped up in my mind and I am still not ruling out going back to finish it.

Retrieved from "https://wikiland.fandom.com/wiki/User:VonGlusenburg?oldid=9786"
Community content is available under CC-BY-SA unless otherwise noted.