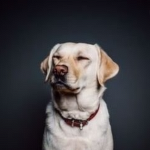 Hello! I was born in Seoul, Korea, and immigrated when I was 4.

A TL based on what if all the Founding Fathers had been killed by British forces, so when the US won, America turned into an Empire

My most successful TL yet, which there are many PoDs and it is a community project, about 10 people are contributing with me.

Retrieved from "https://wikiland.fandom.com/wiki/User:Racism_Watchdog?oldid=28288"
Community content is available under CC-BY-SA unless otherwise noted.