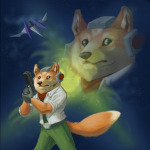 Hey, I'm Monster Pumpkin, but you can just call me MP. Most people do, anyway, but I encourage you to do so if you so wish.

I first joined this website way back in 2012 because I saw the map of Superpowers and thought it looked really cool. I then got involved in map games in The Greater Americas, which wasn't exactly plausible or successful but helped jumpstart my career here. I joined because it is interesting and I wanted to add to it in a meaningful and creative way.

I steadily got better at map gaming and became a respected member of the community, and I tried my hand at timelines, namely Age of Kings, which again wasn't the best thing I've written. However, I have since largely retired from map games after a successful run in Principia Moderni III and have devoted myself towards timelines and community management.

As per my involvement in the community I have moved up the ranks of the TSPTF and now I am one of the Brass in charge of running this community. I am part of the ruling triumvirate between me, Scraw, and LG, with possible expansion in the future.

Regarding myself I'm a college student majoring in government and history with a focus on international relations, all of which I find particular interesting and would enjoy working in a field related to these subjects in the future.

The Greater Americas - I was the Incan Empire (Deceased)

Hot Cold War - I was East Germany and Austria (Deceased)

Europe 1200 AD - I was the Byzantine Empire (Deceased)

Axis vs. Allies Reloaded - I was the Kingdom of the Balkans (Completed)

Viva La Revolution! and its series - I was Prussia and the United States (Deceased)

Qzu - I was the City of Atlantis (Deceased)

Triple Entente vs. Central Powers and its series   - I was the United Kingdom and the United States (Deceased)

476 AD: Decline of Rome - I was the White Hun Khanate and the Western Roman Empire (Deceased)

Principia Moderni III  - I am the revived Roman Empire.

I have also made a few small contributions for Doomsday.

Collabortative timeline with a lot of people, even though hardly anyone edits it anymore.

Collaborative timeline with a lot of people, also somewhat dead.

These three nations are probably the best that I have ever created in a map game. They are in order or creation.

And perhaps the grandest of them. None can match it in sheer power or influence.

Here is my Sandbox: Sandbox

Retrieved from "https://wikiland.fandom.com/wiki/User:Monster_Pumpkin?oldid=9914"
Community content is available under CC-BY-SA unless otherwise noted.