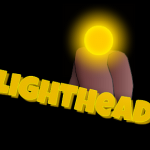 On the Acid techno article: "Acid techno was popular throughout the early 1990s in the London squat party scene(citation not needed – thousands of us were there)."

I've been to a lot of places. I've been to Canada, New York, Manhattan, New England, Niagara Falls, New Mexico, Texas, Louisiana, the Mexican Riviera, Florida, Bahamas, Guatemala (that's where my parents are from), all kinds of places. I've also been to Pennsylvania and Delaware. I came back July 2007 from Yellowstone National Park, and here's a picture from that...

-- This essay was born from recent and ongoing experiences with Wikipedia. User:Lighthead/What I hate about Wikipedia...

Retrieved from "https://wikiland.fandom.com/wiki/User:Lighthead?oldid=4425"
Community content is available under CC-BY-SA unless otherwise noted.